Analysis: What can we learn from the online response to the Halle terrorist attack?

Below we summarise tech sector responses to the use of their services by the Halle terrorist and sympathisers in the wake of the attack on 9 Oct 2019.

The 9 Oct terrorist attack in Halle, Germany, demonstrates that the tech sector has improved its response in preventing the spread of viral terrorist content – however many of these efforts are undermined by a minority of fringe small platforms and some mainstream media.

How did the attack unfold online?

Before and during the attack 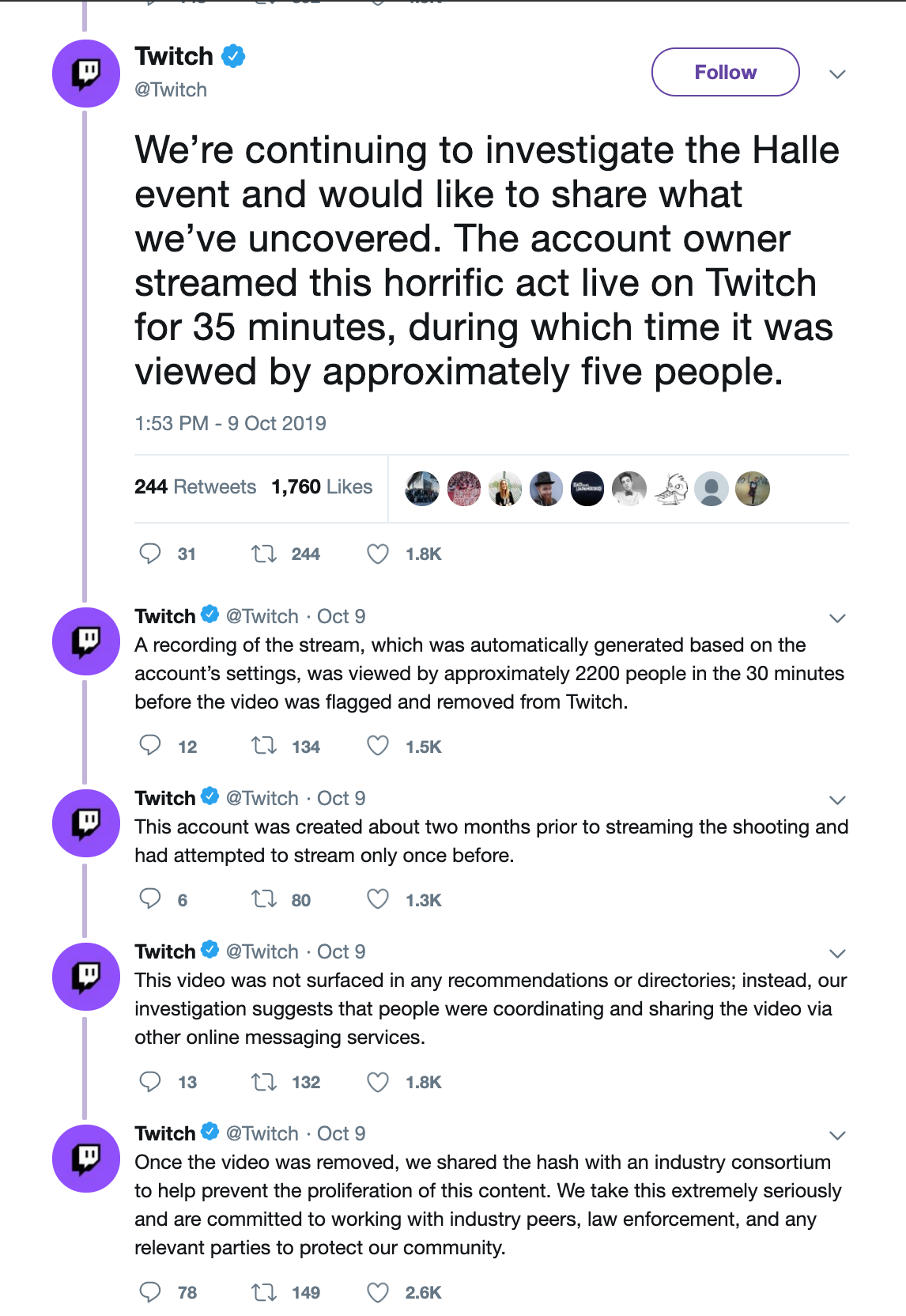 Figure 1: Twitch released a statement directly after the attack, including information – such as the duration of time that the video remained on the site – which was amended at a later date. 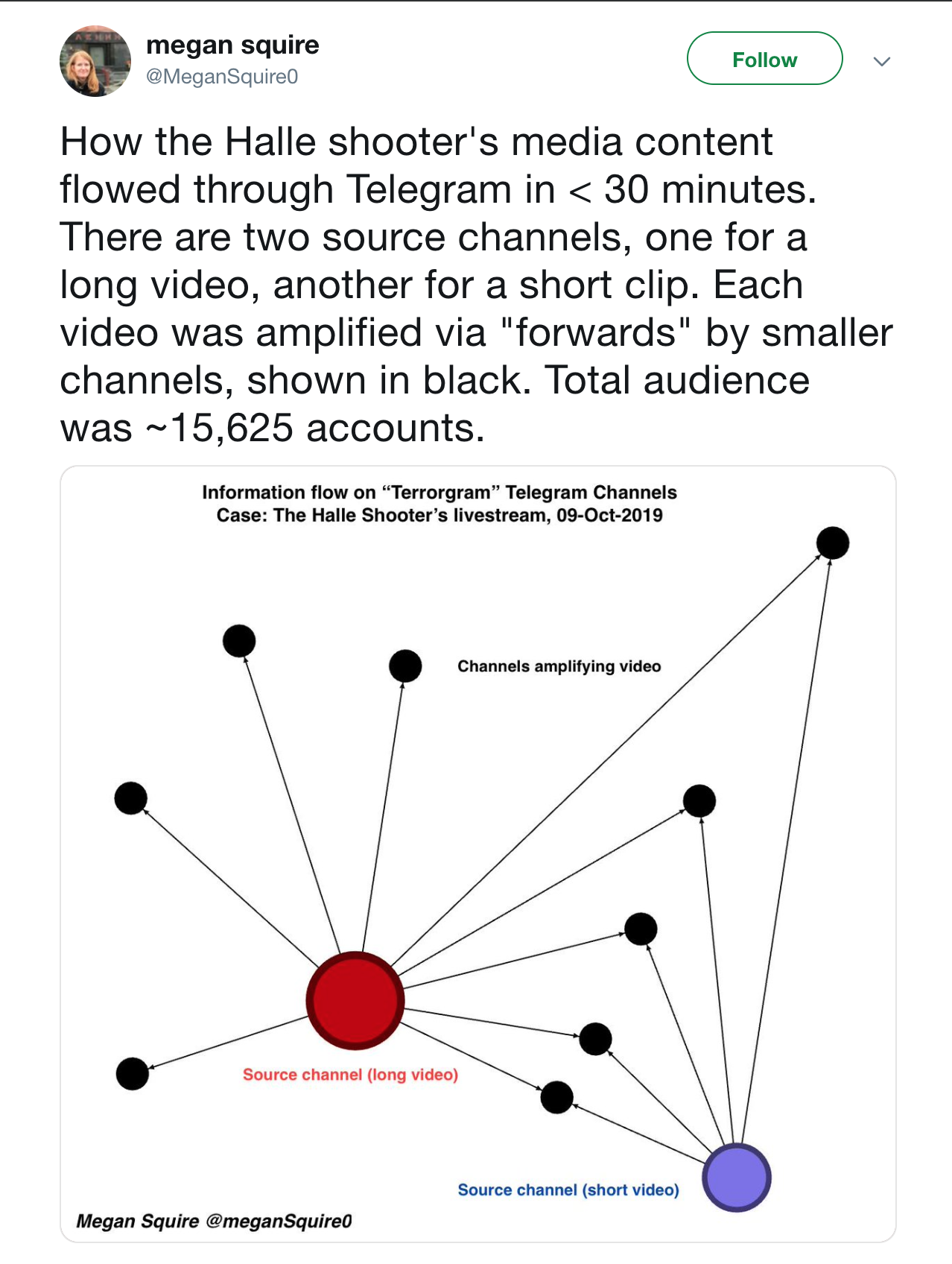 Figure 2: Megan Squire’s analysis of the attacker’s video on Telegram

What is currently being done to prevent attacks like this from going viral?

The GIFCT’s CIP is one of a number of cross-sector iniatives and protocols that are being developed to ensure that content does not reach similar levels of virality post Christchurch, including those led by Tech Against Terrorism, GIFCT, Europol, and the Christchurch Call to Action.

To support smaller platforms in identifying terrorist content in near real-time, Tech Against Terrorism is developing the Terrorist Content Analytics Platform (TCAP) with the support of Public Safety Canada.  The TCAP will be a secure online platform that hosts terrorist material including verified terrorist content (imagery, video, PDFs, URLs, audio) collected from open-sources and existing datasets. The purpose of the TCAP is to facilitate secure information sharing between platforms, academia, and data scientists. As well as archiving historical content to support academic analysis and the development of improved content classifiers, the TCAP will provide a real-time alert service to inform smaller internet platforms of public content discovered on their services.

Last month, Tech Against Terrorism, along with govenrments and tech platforms, was invited to contribute to a table-top exercise organised by the EU Internet Referral Unit under the auspices of the EU Internet Forum at Europol’s headquarters in the Hague. The exercise aimed to help inform the development of a coordinated continent-wide response to the dissemination of viral online terrorist content connected to terrorist attacks.

Europol and EU Home Affairs is developing a “Response Protocol to Online Crises” by engaging with Member States, law enforcement, the tech industry and Tech Against Terrorism, which will allow Member States and online platforms to respond rapidly and in a coordinated manner to the dissemination of terrorist content online in the event of a terrorist attack.

Despite efforts from many parts of the global tech industry, some elements of mainstream media, such as the Daily Mail, have shared CCTV footage and pictures of dead victims. When tackling terrorist use of the internet it is important to consider mainstream media’s role – with the Christchurch attack, analysis carried out by Tech Against Terrorism found that some British and Australian tabloids were instrumental in amplifying the virality of the attack video and manifesto.

“It is disappointing to see that UK media is again sharing terrorist content, primarily because this undermines the work that is being done by the tech sector.

In this instance, Twitch acted quickly to remove the stream and the recording. Through collaboration with the Global Internet Forum to Counter Terrorism (GIFCT), the video was hashed and put into the GIFCT’s hash-sharing consortium which seems to have prevented the virality of the video.

Since Christchurch, Tech Against Terrorism, GIFCT, Europol, and the Christchurch Call to Action have been developing protocols to ensure that content does not reach similar levels of virality in the case of another attack. Some positive effects of these efforts were seen in the aftermath of the Halle attack, however they were undermined by the decisions made by UK media to actively publish content that glamorises terrorist violence.

This event together with the Christchurch attack, where UK media was instrumental in ensuring virality of the attack video and manifesto, suggests that there is a need to reform editorial guidelines in the UK.”

Tech Against Terrorism in the news

Adam Hadley also appeared in an interview with France24 the following day (Fig. 3), speaking about the attack in Halle and how the tech sector’s “Content Incident Protocol” minimised re-uploads of the video. He also noted that there is much more to be done to support smaller platforms and discourage mainstream media sensationalisation. You can watch the whole interview here. 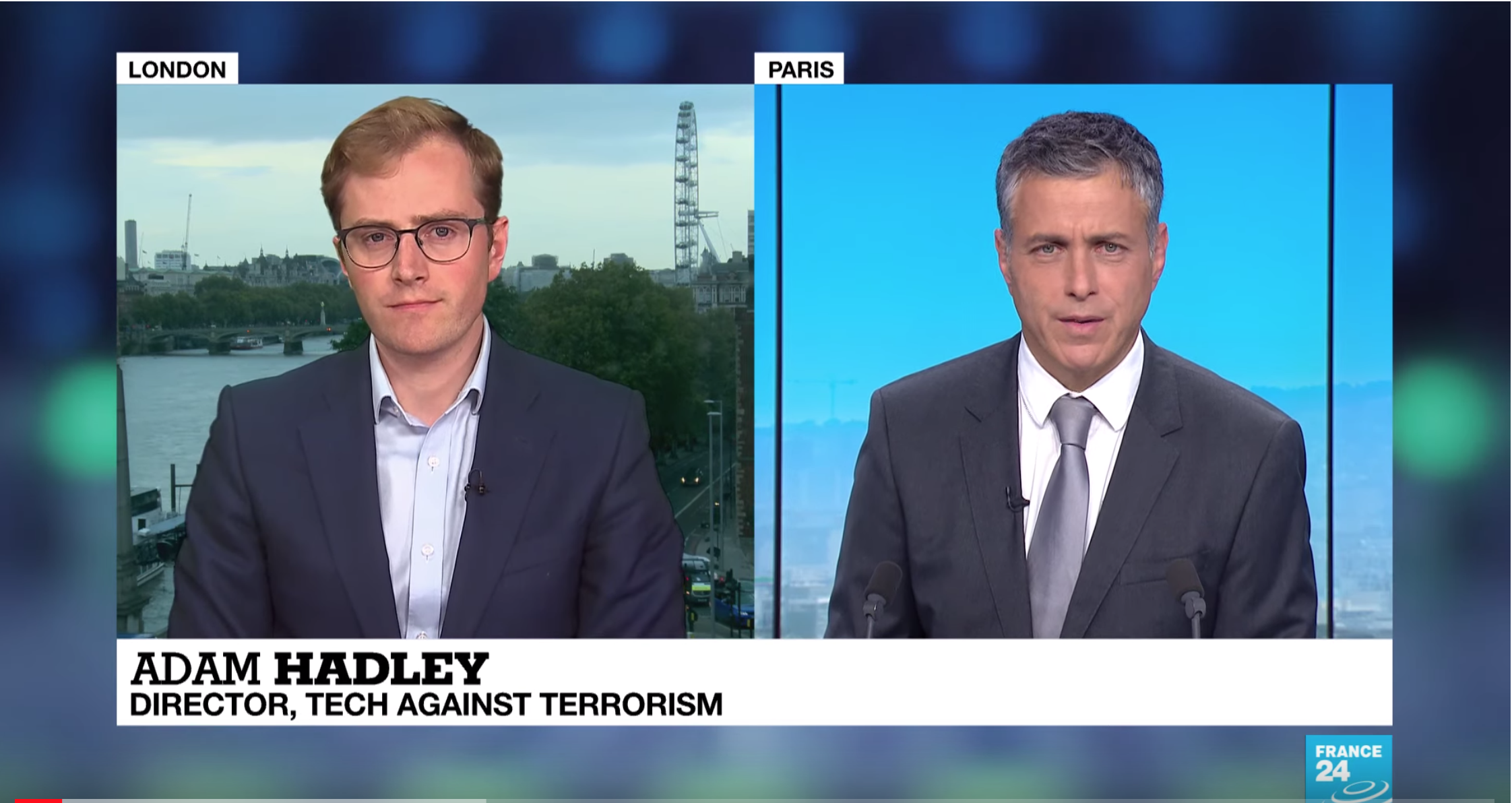 Adam Hadley was also quoted in the following articles covering the tech sector’s response to the attack:

For any media enquiries, please get in touch on [email protected]

**N.B. This post was edited on Jan 3 2020 to amend two initial findings in an earlier version, including: that the manifesto was first posted on German image board site Kohlchan; and, that the video remained on Twitch for close to 30 minutes. These findings were initially alleged by the ICSR and Twitch respectively, however, both corrected these statements at a later date with the updated and accurate facts.