17 September 2019 – Press Release:
Tech Against Terrorism participates in EU-wide exercise hosted by Europol to tackle terrorist use of the internet 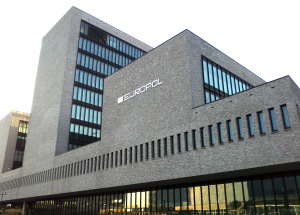 On 11 September Tech Against Terrorism was invited to contribute to a table-top exercise organised by the EU Internet Referral Unit under the auspices of the EU Internet Forum at Europol’s headquarters in the Hague. The exercise aimed to help inform the development of a coordinated continent-wide response to the dissemination of viral online terrorist content connected to terrorist attacks. In addition to Tech Against Terrorism, EU Member States and tech companies like Facebook, Google, Files.fm, JustPaste.it, Microsoft, Telegram, and Twitter also participated, as well as Canada, Australia, and New Zealand.

Tech Against Terrorism supports this initiative and is committed to help ensure that the development of a European response mechanism respects human rights and freedom of speech. Our priority is to support smaller tech companies in building capacity against terrorist exploitation of their platforms. To that end, Tech Against Terrorism is currently developing the Terrorist Content Analytics Platform (TCAP). The TCAP is the world’s first free centralised database hosting verified terrorist content, and will support tech companies’ moderation procedures through an ‘alert’ function to help swiftly detect high priority content. Further, the TCAP will be able to support coordination efforts in the event of a crisis situation concerning viral content related to terrorist attacks, such as the Christchurch attack.

At the exercise, Tech Against Terrorism emphasised the need to look beyond surface web platforms and to include the decentralised web in these discussions. As our research shows, terrorists are experimenting with both the decentralised web and open-source software. It is crucial that the counterterrorism bodies, the tech sector, and civil society start thinking through ways in which we can prevent the exploitation of such technologies in a way that does not restrict freedom of expression and human rights.

For any questions or media requests, please get in touch with us on [email protected]

Background to Tech Against Terrorism

Tech Against Terrorism is an initiative launched by the United Nations Counter Terrorism Executive Directorate (UN CTED) in April 2017 and implemented by the UK-based NGO QuantSpark Foundation. We support the global technology sector in responding to terrorist use of the internet whilst respecting human rights, and we work to promote public-private partnerships to mitigate this threat. Our research shows that terrorist groups – both jihadist and far-right terrorists – consistently exploit smaller tech platforms when disseminating propaganda. At Tech Against Terrorism, our mission is to support smaller tech companies in tackling this threat whilst respecting human rights and to provide companies with practical tools to facilitate this process. As a public-private partnership, the initiative is supported by the Global Internet Forum to Counter Terrorism (GIFCT) and the governments of Spain, Switzerland, the Republic of Korea, and Canada.